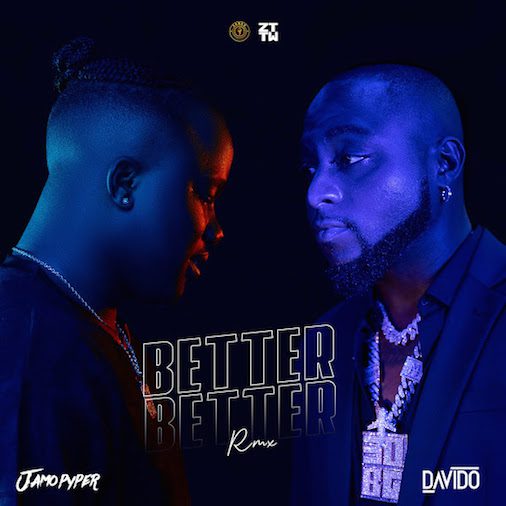 Jamopyper is back once again with yet another potential remix of Better Better.

This time, he enlists DMW boss, Davido who rendered catchy hook to the new banger.

The original version of the song has been enjoying decent airplay, Jamo want to take things a notch higher with this remix.

The new remix comes after the release of his official video for “Better Better”, the original version.

MUSIC: Davido Ft. Mayorkun & Sho Madjozi – I Got A Friend

Music, trending Comments Off on MUSIC: Davido Ft. Mayorkun & Sho Madjozi – I Got A Friend