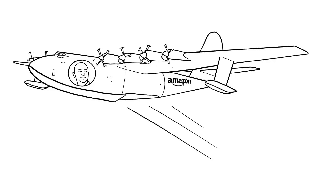 An unlock is the discovery of an accelerant for the brand, product, or service invisible in plain sight. The mold on cheese curing disease was a substantial unlock (penicillin). So is administering a small dose of a pathogen to immunize someone from the complete, more harmful pathogen (vaccines).
In the last 20 years, there have been three unlocks in the business world that have created over $500 billion in shareholder value. I believe the fourth was revealed last week. So, the first three, in chronological order:

Temples
Steve Jobs zigged when everyone was zagging. He reallocated billions from traditional brand building to distribution, opening stores — temples to the brand. Any great decision seems logical, even pedestrian, in the rearview mirror. But Apple’s move to invest in bricks and mortar flew in the face of every trend. In 2001, stores were dead. Pundits predicted that e-commerce would take over.

The iPhone is the most profitable product in history, not because the product is tangibly superior (the Galaxy is better on many metrics), but because of where it’s sold. Buying a phone at an Apple store is sex with Tom Brady. Buying an Android at a Best Buy, AT&T, or Verizon store is having sex with a guy named Roy on a bad carpet under a neon light tube.

In 2005, Amazon decided it wanted to get serious with its customer base and asked for our hand(s). But when they put a ring on it, they also brought a goose, as on the better tables of a Manhattan club, in the form of 48-hour free delivery. Amazon Prime now has a paying relationship with more households, representing more discretionary income (82% of U.S. households), than any private entity globally. Since introducing Prime, Amazon has grown its market capitalization by $1.1 trillion — the value of the auto, CPG, and airline industries.

The empire strikes back

Joe Frazier and Andre Agassi had the most aggressive counterpunch and service return in sport. This, times a 100, is what Walmart has accomplished with click-and-collect grocery. The retailer recognized that thinking of their stores as assets, while everyone had decided they were liabilities, gave them a strategic path Amazon couldn’t follow. In addition, the NPS on Walmart’s grocery is substantially higher than the in-store experience.

Genius is obvious, only after it was crazy. Walmart realized they had 11,000 well-lit and staffed warehouses that could provide Walmart customers with all the great taste (Walmart grocery) with none of the calories (the in-store experience). The result was a service that might end up being the third biggest business in retail (behind just Walmart terrestrial business and Amazon) — Walmart click and collect grocery. Since introducing click-and-collect, Walmart has added $100 billion, or the value of the airline industry.

I believe last week the fourth unlock was revealed. Jeff Bezos, at the outset of their earnings call, warned shareholders they “may want to take a seat.” He has done this several times. “This” is snatching profits from the jaws of shareholders to reinvest in the firm. With the exception of Netflix, no firm has been given this much runway. Bezos has used every foot of it to set aloft a vessel that nobody will likely catch. Imagine a Spruce Goose but at twice the speed of sound.

Bezos told investors that the $4 billion in profits they were expecting would be reinvested. The investment had a theme: Covid-19. Specifically, Bezos outlined a vision for at-home Covid tests, plasma donors, PPE equipment, distancing, additional compensation, and protocols to adapt to a new world. Jeff Bezos is developing the earth’s first “vaccinated” supply chain.

The genius here is breathtaking. Walmart can’t follow, as they don’t own their distribution for last-mile commerce. Outside of Walmart, few firms have the balance sheet to pull this off. Maybe FedEx, UPS, or Prologis? But it’s unlikely they could make this sort of investment, this fast — it would be perceived as reckless.

Great strategy cuts a swath between market conditions and a firm’s assets. Put more simply, strategy is a firm’s answer to the following question:

What can we do that is really hard?

Any customer, vendor, supplier, or worker who wants a near-virus-free supply chain, a criterion that has gone from zero to light speed in 90 days, will have a selection set of one. It’s possible the largest new consumer category in history is testing for Covid-19 virus and immunities. Amazon may become the market share leader in this category. I believe Amazon will offer Prime members testing at a scale and efficiency that makes America feel like South Korea (competent). The “vaccinated” supply chain, as tested and safe as possible, will create a more muscular and immune fulfillment organism, offering stakeholders paramount value — real and perceived.

Leadership is the ability to convince people to work together in pursuit of a common goal. Bezos’s decision to spend billions to ensure the safety of his supply chain stems from a vision that’s obvious only after being crazy/genius.

Life is so rich,
Scott

P.S. We’re doing a new two-week intensive Strategy Sprint, where you can get MBA insights without the MBA price tag. Starts June 16, and seats go fast.

P.P.S. The Dawg is on TV! My weekly show premiered on Vice TV last night. You have a week to watch it free. And Josh Brown joined me on the Prof G Show to talk about the markets: By 2009 logic, the market should be down 100%.