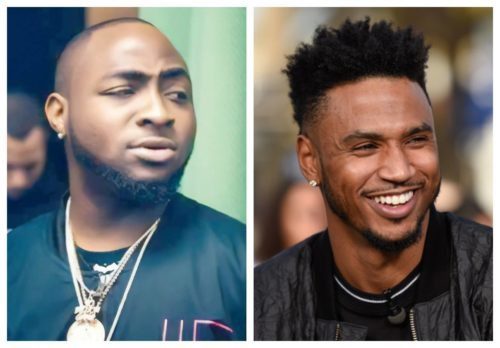 Davido and American pop star, Trey Songz has a new record for us tagged “Wetin You Say”.

A new song from the Baddest, Davidosurfaced online today tagged “Wetin You Say“. The song features American talented singer and sensual artiste, Trey Songz. The pop stars sings wonderfully well on this record as they both brag about their Wealth, capabilities and public figure/status to a young lady whose is playing hard to get.

While we anticipating the release of ‘Risky‘ and his forthcoming album ‘A Good Time‘, this gbedu leaked from DMW’s studio. Listen and Enjoy!!!