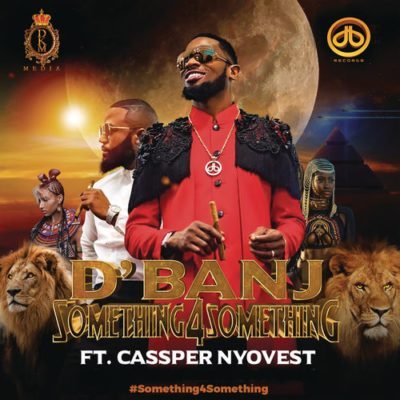 Banger Lee comes through with another banging jam “Something 4 Something” as he links up with South Africa’s finest rapper and biggest act, Cassper Nyovest. This is a another party record by the entertainer and is a follow up to his last release “Shake It” featuring Tiwa Savage which is still buzzing on the streets and airplay.

D’Banj definitely is going to end the year on a good note and lots of credit with his double jam. Enjoy below and share your thought on this Nigeria meet South Africa song.
Download here