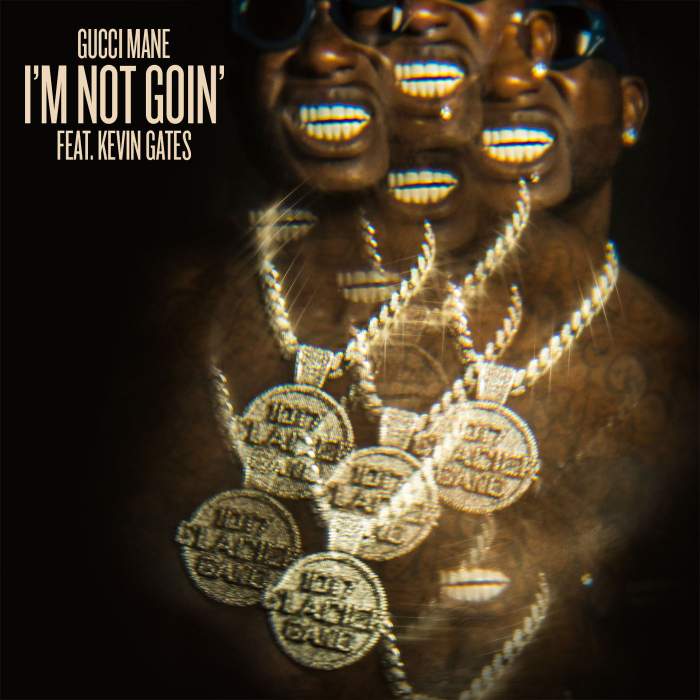 Back in in June, footage surfaced online of Gucci Mane and Kevin Gates meeting each other for the first-time in what was an emotional moment. At the time, the two southern stars were on-set filming a music video for an upcoming collaboration.

The record appears to now be here, as Guwop debuts his new single “I’m Not Goin’.” Produced by Murda Beatz, the track is flossing supreme as Gucci and Gates take enjoying enjoy the fruits of their labor to another level. The song is set to appear on Gucci’s new album Evil Genius, releasing on December 7.
Download here