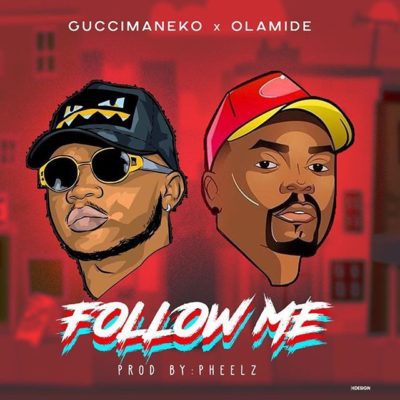 Guccimaneko comes through with a brand new street banger titled “Follow Me“.

Guccimaneko formerly known as Yomi Sarz teams with YBNL Boss and the king of the street, Olamide Baddo to serve his fans and lovers of street jam with this hot tune he tagged “Follow Me”. It is produced by YBNL’s hitmaker, Pheelz.

“Follow Me” by Guccimaneko serves as a follow up to his last street hit single “No Salary” featuring Zanku pioneer, Zlatan Ibile and Mafia.

Listen and feel the Zanku jam below
Download here