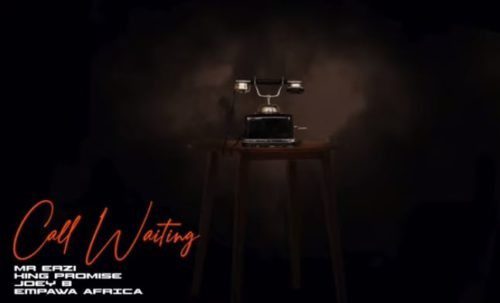 Nigerian-Ghanaian singer and Banku music leader, Mr Eazi joins force with his Ghanaian friends King Promise and Joey B for this new record titled “Call Waiting“. The production credit of this masterpiece goes to E-Kelly who brought the banku vibe.

On this song Eazi and this banku brothers expresses their feelings to the special lady who had put their love calls on waiting. Further tells her to pick up cause she is the one with the cure to the their sickness and they got sweet love that won’t hurt & fade off