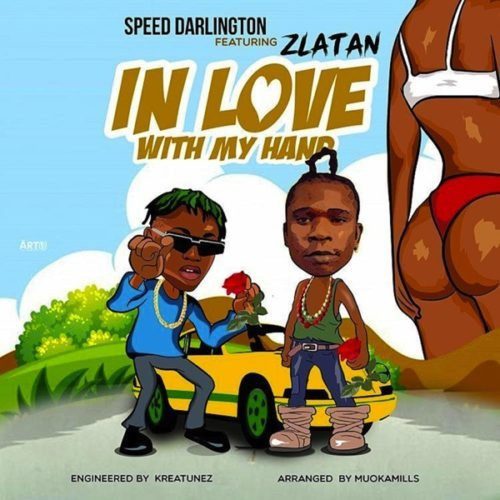 Besties of All-Time, Speed Darlington and Zlatan has finally dropped their long awaited soundtrack in which they tagged “In Love With My Hand”.

After so much wait from fans the US-based Nigerian rapper, Speed Darlington finally dropped his most anticipated studio work  where he joined forces with the Rave of the moment, Zlatan to deliver this new potential hit track dubbed “In Love With My Hands” which was engineered by Kreatunez.

This hit track serves as a build-up to his forthcoming project and a follow up to his previous banging track, ‘Akamu’. This is a quite a classic sounds from Speed Daarlington, which is really groovy and looks like one that would be loved by all, as the Zanku Master, Zlatan spiced it up with some street lamba, “Astalavi”.

Jaywon teamed up with Phyno, Zlatan and Magnito for the