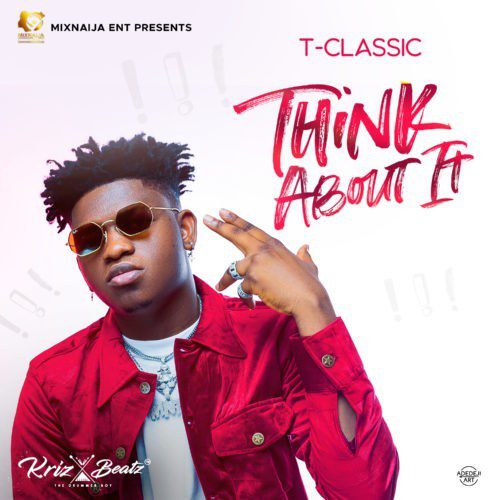 T Classic – “Think About It” (Prod. by Krizbeat)

T Classic hits us with another potential banger tagged “Think About It”.

Mixnaija superstar, T Classic releases a new single titled “Think About It” after the huge success of his previous single. The previous release, “Nobody fine pass you” is still buzzing on speakers and setting parties on Fire when played. Classical boy feels its time to have something new as he serves us this new smashing song produced by Krizbeatz.

This new record is still in same line with the former, its talks about the same lady whose messing around, hurting his feelings and efforts. Classical boy calls her attention back to the good moments they both shared together before the rocking boat of love. Tells her to adjust and revive the love so they both can vibe…

Music, trending Comments Off on T-Classic – Love You For Life ft. Olutimi