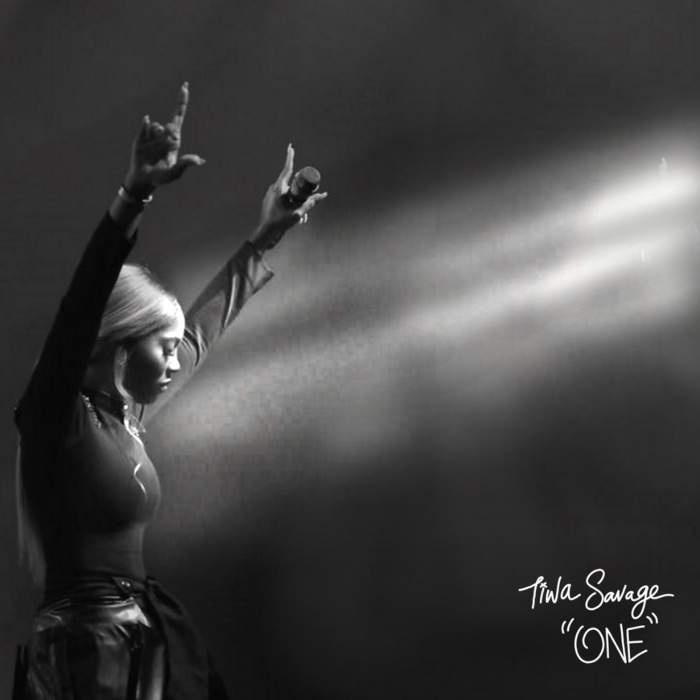 The queen of Afropop/Afrobeats – Tiwa Savage has had a stellar outing this year; back to back hits, sold out concerts and of course the MTV European Music Award (EMA) for Best African Artist.

If you thought she was done for the year, then you thought wrong. She comes through with a spanking new single produced by the sought-after beatsmith – Killertunes entitled “One”.

“One” is a prayerful/thanksgiving tune which puts you in a very good mood on first lesson and of course Tiwa Savage’s vocal prowess was on display on the single.
Download mp3 here