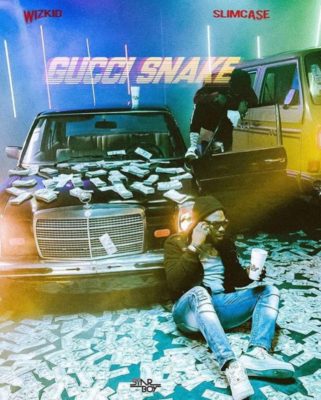 The Most anticipated song from the stable of Starboy Records is finally Here “Gucci Snake” by the one only Starboy Wizkid featuring the Shaku Shaku master, Slimcase.

“Gucci Snake” is a jam every music fan have been anticipating for some months now and Wizkid finally serves it hot after the successful release of his double singles “Fever” and “Master Groove“. The Starboy CEO really show he’s a boss on this track as its gonna be another certified banger and end of the year jam.

“Gucci Snake” was produced by Northboi and Killertunes and it is said to be part of Wizkid’s forthcoming “Made In Lagos” Album which is all set to be released soon. Stay Tuned as Starboy still got more hot stew in stock to dish out.