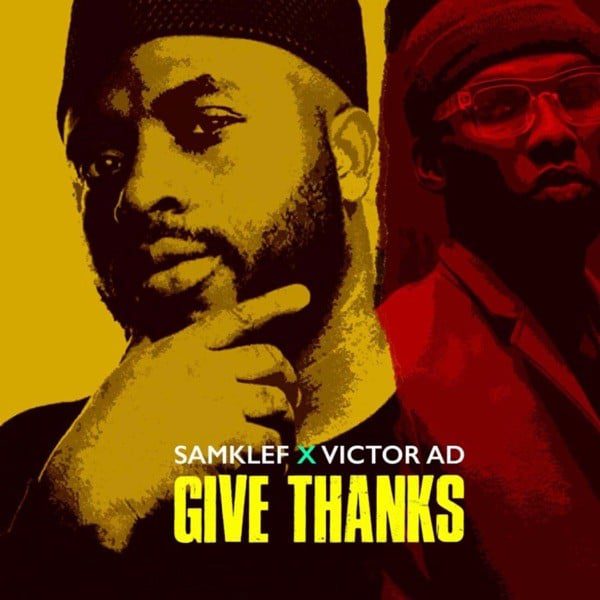 Self acclaimed President and Afrobeat redefiner, Samklef releases a new song with Victor AD dubbed “Give Thanks”.
Samklef x Victor AD – “Give Thanks“… After making the News and rounds on social media with his Eedris Abdulkareem and 5oCent controversy exclusive, Veteran music producer Samklef unlocks a brand new song titled “Give Thanks”. To deliver this he employs the services of talented singer, “Victor AD”. The ‘Wetin You Gain’ crooner blessed Sammy’s beat with his beloved vibe.

On this song he gives praises to the Most High, appreciates the Mercy, Grace and protection given to him from heaven.