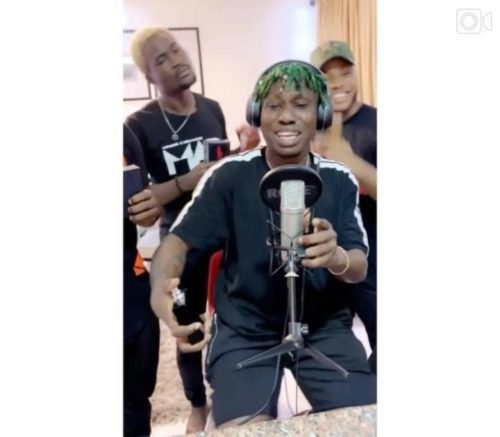 Yesterday BBN housemates; Mercy and Tacha disrupt the internet with their abusive fight which happened at the early hours of the day. Mercy used Tacha’s body odour which has been trending online for a while now to same her in the house & on Live Reality TV show.

After the clash between the two Big Brother Naija (PepperDem) housemates, Zlatan hits the studio for a new record. He taps on his favourite producer Rexxie for a banging beat the will make the song buzz on the street.

Zlatan shared a snippet of the new record he tagged ‘Tacha‘ on IG, on the incoming song he sang about Tacha’s body smell and begs her not to kill everyone around.