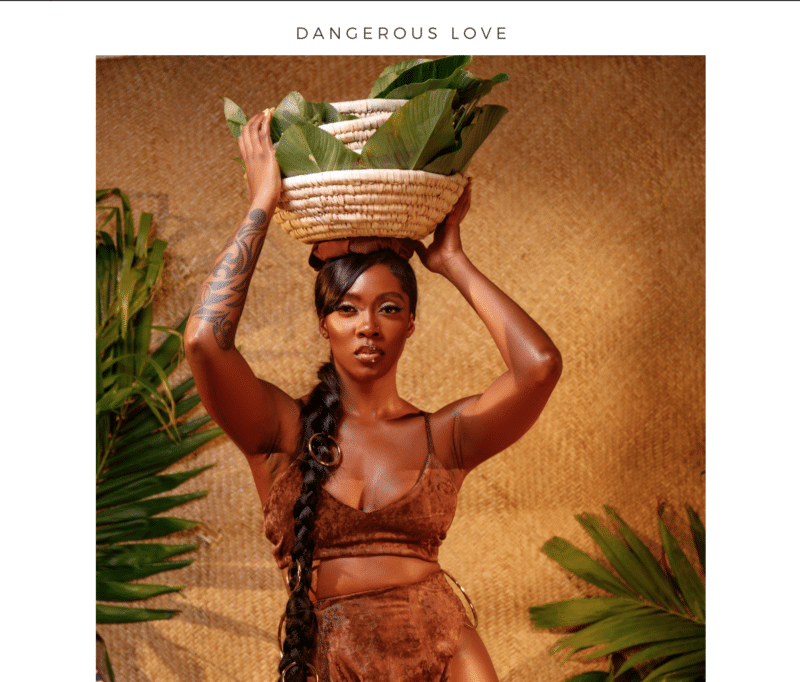 Produced by Cracker Mallo and recorded in Tiwa’s home city of Lagos, Nigeria, “Dangerous Love” is the perfect blend of R&B and Afrobeats. With a powerful, enchanting chorus and silky ‘afro’ beat throughout, the mid-tempo record is a representation of Tiwa’s musical growth and preview to her upcoming project.”Dangerous Love is such a vibe! It’s a song that is basically about a girl who is dipping in and out of a ‘relationship’ with a guy that really doesn’t deserve her time or attention. She knows that he is bad for her but she gambling with her heart anyway.” Says Tiwa Savage. “I feel like every girl and maybe guys too can relate to this one.”

Despite having already completed a degree in Business Administration at the University of Kent, she was focused to continue pursuing music and received a scholarship at the esteemed Berklee College of Music in Boston, Massachusetts. With her newfound strength to push forward with music, Tiwa moved from London to New York City and began taking meetings with various producers and industry professionals. Inspired and stimulated by the lack of true female superstars in her home country, she moved back to Nigeria.

Check this out MUSIC: Zinoleesky – Mapariwo

Savage has also been active in her philanthropic endeavours, supporting various youth engagement organizations and breast cancer screening projects across Nigeria and further afield. Tiwa also is very active in #JusticeForUwa, loudly voicing her disgust at the rape of a young girl in a church in Nigeria, and creating an Instagram page @WeAreTiredNg where rape victims can speak out.