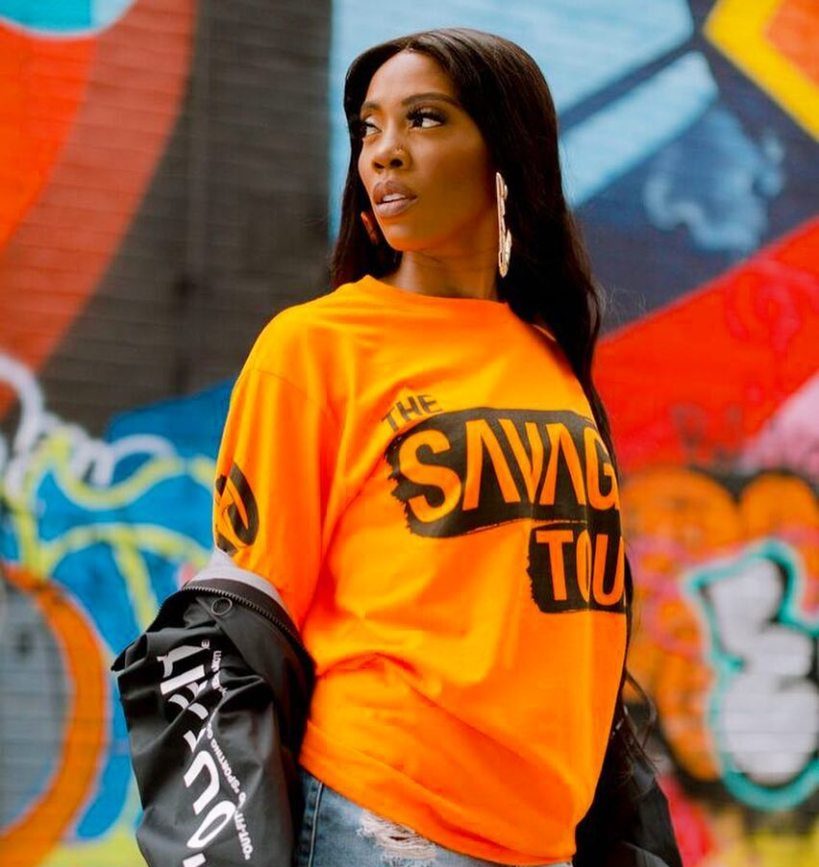 During an interview with American radio host Angie Martinez of Power 105.1, the Afrobeats singer Tiwa Savage revealed that the sex video of her and her current partner.

Yesterday, I was leaving a radio station and I was in my car when my road manager sent me a message. She said I should check my phone. I checked it and there was a video, and I was just like ‘Wow!’,” Savage told Martinez.

“I asked him where he got it from and he said he received it about 20 minutes earlier. The video was sent to him and it is a tape of me and the person I am dating right now. The first thing I did after I got off the phone was that I sent it to my manager and asked what we should do.

But the singer said she had decided not to pay the blackmailer because blackmailers usually come for more.

“I decided I was not going to pay the person because if I do, two months from now, three months down the line or even two years later, you are going to come back again.

“Who knows, if I send the money, the person will probably release it. I am not going to let anyone blackmail me for doing something natural.”

Regardless of the respect or love we all have for our favorite artistes, some of us might still have some sexual feelings for them.

However, some of her fans are already fantasizing and anticipating the sextape. – Some have gone as far as editing pictures and videos to look like Tiwa Savage. 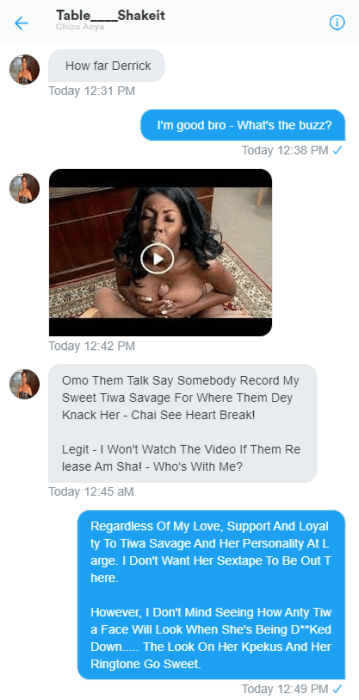 The singer further stressed that she will not give a dime to her blackmailers. Savage stated that she could release the video herself because she is ‘that crazy’.

“No part of me wants to pay the person. That is what is getting me angry. If you want to put it out, put it out. I am that crazy that I can put it out myself. You are not making any money from me. This was an intimate moment with someone I am dating. The person I am dating is not famous, he is a regular guy and his whole business is about to be out.

“He is more concerned about me because he knows that I am going to be more affected. My mother and my son having to see it. I am going to talk to my son about it. For me, it is when he is older at about 15 and someone is rude to him at the playground and they make reference to the tape. I have to brace him up.”

Tiwa Savage queen noted that the video was not from her team; rather, she said, it was accidentally posted on Snapchat by her lover who deleted it immediately when he realised the error. However, it was too late.

She said, “It is not from someone working closely with me. What happened is that the person did it on Snap and he posted it by accident, but he quickly deleted it.

“However, someone got it before he could delete it. It is a very short video, but it is me. It is going to be out there and I can just imagine the memes. I just found out yesterday. I could not sleep last night. We tried to stall them, but I later decided that I am going to own the narrative. I am not ashamed of it; this is someone I am dating; I am not cheating, neither is he. We are grownups.

“I cannot believe this is happening to me. I feel for my fan because they will have to keep defending me. I can switch off my phone or have someone run my account so I do not see that; but my fans will feel the need to protect me. I will like my fans to ignore it.”

Starboy Affiliate Maleek Berry teams up with Tiwa Savage for

Music, trending Comments Off on Tiwa Savage – Us (Interlude)